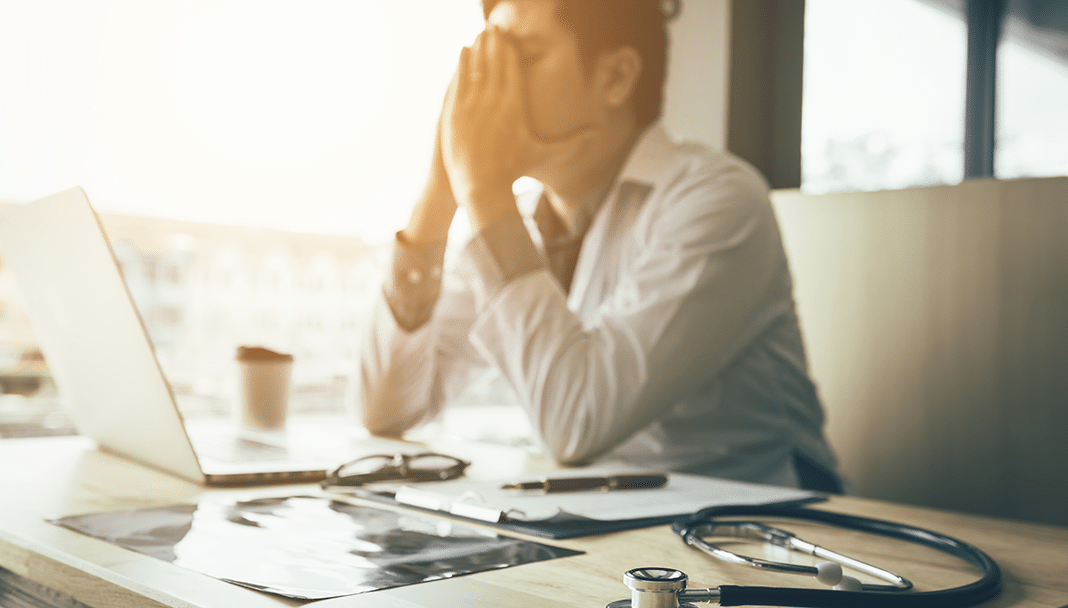 It is no secret that President Trump’s nominee to run the Veterans Administration, Navy Rear Admiral Ronny L. Jackson, has withdrawn his nomination amidst allegations related to his behavior: that he drank on the job, was a bully in the office and improperly gave out prescription medication.  He has vehemently denied the allegations and characterized them as false and fabricated.

Dr. Jackson is an Iraq War veteran who President Trump has called an “American hero”.  The rear admiral has previously also served presidents Obama and George W. Bush as White House physician.  By many accounts he has done so with distinction and honor.

Was the rear admiral ‘burned out’ of this appointment by false allegations amidst a fierce political battle, that has simply resulted in collateral damage, or is he one of the more than 50% of American doctors suffering from severe work-related stress known as physician burnout?  Between 2011 and 2014, the percentage of physicians reporting at least one burnout symptom increased from 45.5 to 54.4 percent. Some specialties suffer at higher rates than others. The percentage of surgeons affected increased from previous years to 51 percent in the Medscape survey released in January 2016, which also reported that approximately 53 to 55 percent of emergency room physicians, critical care doctors, urologists, and pediatricians suffered from this malady.

Burnout is a psychological syndrome characterized by emotional exhaustion, depersonalization, and a sense of reduced personal accomplishment.  It can manifest itself in the individual physician in a lot of different ways if left unabated: alcoholism, addiction, suicide, disruptive behavior, affairs, acting out, raging, depression, obsessive-compulsive behaviors, and so on.  Physicians commit suicide much more frequently than the general population—four hundred deaths per year—despite similar rates of depression and other associated mental illnesses.

This is a crisis on a personal, professional, public health, and health system level.   Physician burnout affects the quality of care that doctors provide.  A link between emotional exhaustion and increased patient mortality in intensive care units has been suggested in several studies.  This relationship to quality makes physician burnout important for patients, health care institutions, hospital systems and our entire health care delivery system.

How can a physician suffering from burnout be identified?  With one of every 2 physicians in the country being affected, it is a virtual coin toss, but some demographics and characteristics from studies are suggestive.

Disruptive behavior, outbursts of anger, a DUI conviction or any other evidence of alcohol/drug abuse, an inability to focus, a loss of compassion, and suicidal ideation can all be indications that a physician might be suffering from burnout.  Finally, it may be intimidating to approach a highly functioning professional and ask the question in an intentional manner, “How are you doing?”  But is could be just what the doctor ordered.

So, is Dr Ronny Jackson burned out by work related stress or was he ‘burned out’ by political infighting in a beltway battle?  The truth is we just don’t know, but we do know there is a 50/50 chance of burnout simply because he is a doctor in America.

Every patient deserves the highest quality health care our system can deliver in every encounter.  This goal requires not only a competent well trained physician, but a healthy resilient one who functions in a high quality efficient compassionate health care system where the doctors well-being is part of the equation.