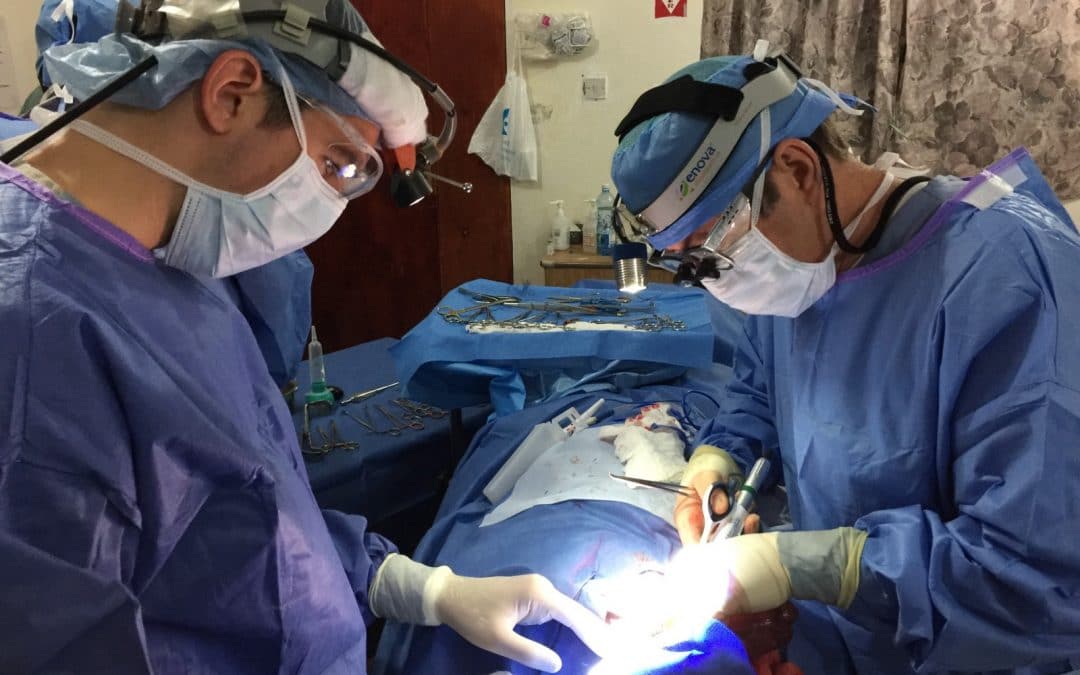 Shared Decision Making
The Burden of Everything Possible

A gradual loss of weight brought him from the institution which had cared for him for decades.  A CT scan demonstrated the monstrous mass which enveloped a large portion of the left side of his oropharynx and hypopharynx, extending from the upper part of the tonsil down to the epiglottis of the 74 year old man.  There was obvious erosion of several laryngeal cartilages.

I was saddened at his appearance.  He lay in the bed quite unaware of my presence.  Despite my intrusive examination he was relatively unconcerned about it as well.  There was essentially no interaction or attempt to communicate at all.  I felt very lonely with him. He had suffered from dementia for many years having been declared a ward of the state long ago.  Did he not have any family?  Or was his family forced to give up guardianship secondary to the prohibitive burden of the institutionalized care he undoubtedly required?  There are often so many more questions than answers in circumstances like these.

He was mildly stridorous and with the progressive nature of these types of partially obstructive aerodigestive tract tumors, a tracheostomy seemed necessary to palliate his symptoms of air hunger which would certainly worsen fairly quickly.  Suffocation is universally considered to be an unpleasant demise.  Consent was easily obtained from the state’s appointed guardian.  The lesion was biopsied at the same time.  The biopsy confirmed my suspicion of a poorly differentiated squamous cell carcinoma.

In consultation with a hospitalist, the radiation oncologist and the medical oncologist, the very reasonable decision seemed to be to provide comfort as much as possible and allow this malignant process, which had been progressing for some time unabated, to continue to its natural conclusion.  The alternatives were to perform a laryngopharyngectomy with free flap, possibly myocutaneous flap reconstruction or give him a combination of chemotherapy and radiotherapy.  Neither of the alternative treatment regimens seemed humane to any of the physicians who had examined him and evaluated his options.  Operative intervention would not be undertaken.  His chances of a cure were low either way but recent studies indicated that, considering his type and size of tumor, combination therapy would provide perhaps a 20% chance of one year disease-free survival.

The state guardian that had been appointed determined that “everything possible should be done”.  So we placed a G-tube, and gave a demented institutionalized man a blistering round of chemotherapy followed by radiation therapy in hopes that we, doing everything possible, would save his life? – Or perhaps save ourselves from gathering the courage required to do what is right. That which is right is not always “everything possible”, but it is always compassionate.

John Locke defined a person as “a thinking intelligent being that has reason and reflection, and can consider itself in different times and places.” Immanuel Kant agreed with Locke but spoke of the capacity of moral agency when it came to personhood, as opposed to just rationality or consciousness. Kant argued further that everything had either a price or dignity. If something has a price, then an exchange can be made and put in its place.  If the subject under discussion is placed above all price such that there is no equivalent then that thing possesses dignity.

While this gentleman with the large obstructive tumor had lost a part of what makes him a person, he certainly retained his dignity.  This brings into focus a more difficult aspect of shared decision making, a subject which the Institute of Medicine emphasized in the 2001 report, Crossing the Quality Chasm.  It has been argued that the potential for wider adoption of shared decision making would substantially reduce costs noting that 20% of patients that utilize this approach opt for less invasive procedures and more conservative treatment than their counterparts. Physicians have been criticized for steering patients into more complex procedures and treatment protocols.  “Patients may receive care aligned not with their values and preferences, but with their physicians’ payment incentives”.

Is this shared decision making process one that only works in one direction?  Have I as a physician completely lost my voice in determining treatment paradigms? At what point do I have the moral standing to determine my unwillingness to be a party to what I might consider would constitute an assault?

It seems to me that one necessary aspect of shared decision making is that it should be shared.  In this instance I felt dictated to, and the patient was as well.  Dying 3 months later in acute renal failure, it occurred to me that what the patient and I really shared was suffering.  Neither of us shared in a decision, though we did ‘everything possible’.